Back to News ListPreviousNext
View Page Gallery
Posted on: 18/05/2020

The winners of the Guess the member of Staff competition have been announced.

Pupils and staff were asked to identify staff from over 50 pictures of when when they were toddlers or babies.

All pupils who have won will receive gift vouchers.

Staff also decided to have a go at identifying their colleagues. Securing the most points is Head of Art, Ms Harmer with 35 points. Second place goes to Ms Sheldon who scored 34 points, coming in third with 33 points is Ms Danaher.

Competition organiser Mr Smith said: “Thanks to all staff who sent in photos of when they were young and thank you to everyone who took part in the competition, the response was fantastic". 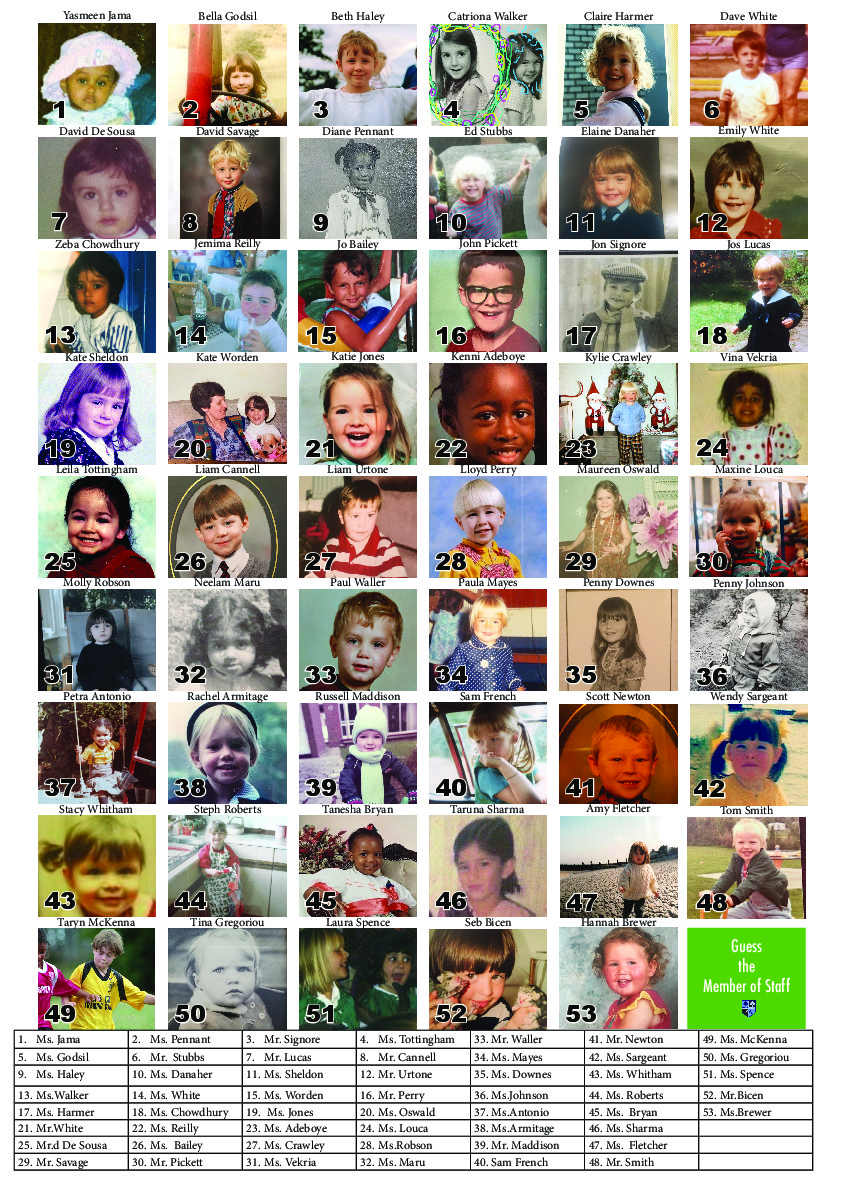